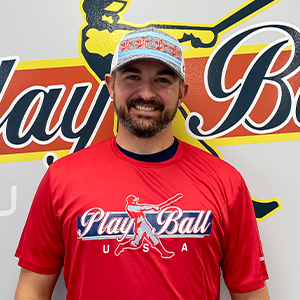 Matt Mahay joined the Play Ball USA team in January of 2008 as a hitting instructor. In the following years, Matt rose to the facility manager and program coordinator before taking over as General Manager. In the Summer of 2013 Matt, along with Ross Wolfson purchased the business from former owner Nelson Gord.

Matt spent four years as a varsity outfielder for the North Central College Cardinals, while also seeing time at first base and on the mound. In 2007, Matt led the Cardinals in hitting as a Jr. and finished his Jr. and Sr. seasons ranking first or second in nearly all major offensive categories. Matt's experience also extends to four summers of semi-pro ball in the Chicago Suburban Baseball League as an Oak Forest Shooter. In the summer of 2007, Matt was one of two Division III players to be named to the league's all-college team.